Antarctic Heritage Trust is a New Zealand-based charity with a vision of inspiring explorers.

CONSERVING THE HISTORY AT CAPE ADARE

The buildings at Cape Adare were the first ever erected on the Antarctic continent. This is the only place in the world where humanity’s first building survives to the present day. Antarctic Heritage Trust is working to stabilise the buildings and the objects they contain for the international community so the story of the first Antarctic winter can continue to inspire for years to come.

As part of telling that story, the Norwegian Broadcasting Corporation sent a documentary team (Tom Edvindsen and Brynjar Wideroe) to Cape Adare with Antarctic Heritage Trust in 2015. Below is an excerpt from their 3-hour documentary ‘The Forgotten Polar Hero’.

Conservation experts from around the world work in Antarctica conserving the explorers’ bases and the more than 20,000 artefacts the men left behind, including clothing, food and equipment. 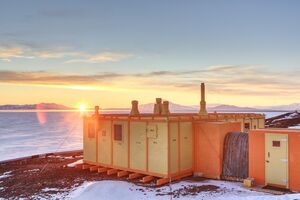 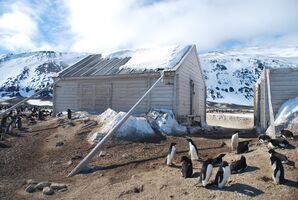 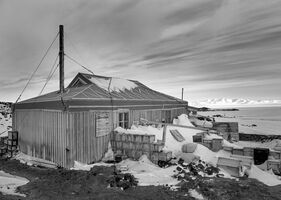 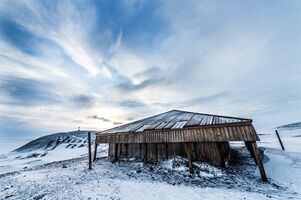 A CENTURY IN SECLUSION

After Captain Robert Falcon Scott’s Northern Party left Cape Adare in January 1912, the huts saw no human visitors for 44 years, just the endless ebb and flow of millions of penguins.

Between 1956 and 2004, site inspections, an inventory of artefacts, and some initial restoration work were undertaken by various groups. In 2004, Antarctic Heritage Trust published a Conservation Plan for the site and began work on fundraising and logistics planning for Cape Adare whilst completing conservation at other Ross Sea sites.

In 2015, with support from Antarctica New Zealand, the Trust was able to access Cape Adare for the first time in a decade and commenced a multi-year programme of work. The team completed emergency repairs to the accommodation building and temporarily relocated most of the artefacts to New Zealand for conservation.

By mid-2017, an international team of artefact conservators employed by the Trust completed the conservation of the artefacts in specialist laboratories at Canterbury Museum. Experts in metal, paper, textile and timber conservation worked together to carry out treatments that will prevent further deterioration of the objects. They also thoroughly documented and catalogued them.

Antarctic Heritage Trust plans to spend another two to three seasons at Adare with a seven person team completing the conservation work on the buildings ahead of the artefacts being returned. The building structures will be reinforced, made weather tight and protected from snow and meltwater ingress. The stores hut will be reroofed. Original doors and windows will be repaired and made functional.

Cape Adare’s extreme weather, its isolation and its location in the middle of the world’s largest Adelie Penguin rookery have made this one of the most challenging heritage conservation projects ever undertaken. It is not always safe to get to Adare, even in summer. When it is possible, Antarctic Heritage Trust experts set up camp on the beach, and work painstakingly to make the historic huts weathertight and structurally sound. They use specially developed techniques that retain the unique heritage qualities of the site.

In February 2018, Antarctica New Zealand established a field camp at Cape Adare for Trust experts working on the building conservation. The camp includes three Turks, shelters built from 26,000 litre plastic water tanks. These are strong enough to survive the extreme conditions, where many canvas tents have failed in the hurricane force winds common at the site.